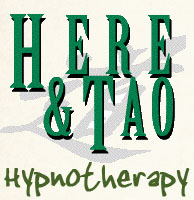 Q: What is hypnosis?

A: Experts have been trying to define hypnosis for years, with little agreement between them! The best way I can answer, for the time being at least, is this: Hypnosis is a natural and often spontaneously occurring state of consciousness in which the conscious mind, the part of our mind that judges, evaluates, and analyzes is "put to the side" so that our subconscious mind predominates. When someone is in a hypnotic state of mind they are open to accepting ideas, concepts and suggestions that they may integrate into their belief system. This can effect a change in feeling about an issue, in addition to changing behavior relating to that issue. Many believe that it is the ability to change feelings, more than behaviors, that makes hypnosis so powerful.

Q: When I am in hypnosis can someone control my mind, cause me to do things I wouldn't ordinarily do?

A: Mind control is a popular myth surrounding hypnosis that many of us in the hypnotherapy field are working hard to dispel. It is NOT true that someone can control your mind while you are in hypnosis. In fact, many hypnosis experts like to say that rather than lose control, you gain control while in hypnosis. This assertion is based on the fact that our conscious mind constitutes a measly 10% of our mind, whereas our subconscious mind rules the remaining 90% of us! Even though it is said the subconscious mind is open to suggestion and doesn't judge or discriminate against suggestions, it has been demonstrated time and again that people will not behave contrary to their moral/ethical beliefs, they will not violate their core standard of behavior. What confuses some people is how individuals will behave during a stage hypnotism show; ordinarily shy, quiet folks will often bark like dogs, sing like Elvis, do the hula or a myriad of other silly things in front of sometimes hundreds of strangers! This observation seems to contradict the statement of non-violation of personal behavior codes; but there is a reasonable explanation. Often, when people you least expect to do so, exhibit flamboyant behavior under hypnosis, we are seeing another aspect of that person. Just because some people seem shy and quiet doesn't mean they are destined to always be that way! All it may take is the opportunity for the conscious, rational mind to step aside, for another facet of that person to emerge! This is a very simplified explanation of the dynamics that can occur with some individuals, but, suffice it to say that, with 90% of your mind in the driver's seat when you're in hypnosis, someone else has little hope of controlling you!!!

Q: What are post-hypnotic suggestions and how long will they last after being given while in hypnosis?

A: Post-hypnotic suggestions are those ideas offered to a person in hypnosis to "take with them" into their conscious life. The suggestions often deal with behaviors or beliefs the person wishes to change, such as to stop smoking, develop a better sense of self etc etc. How long the suggestions last is extremely variable and dependent on a number of things. Duration of a post-hypnotic suggestion is probably influenced most by how well the suggestion was accepted by the subconscious mind during hypnosis. Acceptance, in turn, is affected by a number of conditions/variables, such as resistance, deeper-seated issues affecting the situation being dealt with, sometimes depth of hypnotic trance and perhaps rapport between subject and hypnotist. It is probably safest to say that many issues of long-lasting duration, deep emotional impact and importance or around which there is a great deal of resistance to change, will need periodic, perhaps frequent (for a certain period of time) reinforcement of acceptance until the subconscious mind can truly integrate the new thought, feeling, emotion and/or behavior in a comfortable, natural way.

Q: Can anyone be hypnotized?

A: It is felt that virtually everyone is able to go into a hypnotic trance to some degree or another. In fact, certain researchers believe that people go in and out of hypnosis spontaneously several times a day! How receptive the person (subject) is to being hypnotized by someone else, can be the determining factor of whether or not they go into trance . The more open a subject is to relaxing and going into hypnosis, the more successful they usually are. Because many people don't understand what hypnosis is, what it can feel like, or how it may be experienced, they will believe they didn't "go under" during a hypnosis session, when, in fact, they were hypnotized. It is not true that a person has to be completely "out" to have been in hypnosis. Many people achieve a very powerful level of trance (in terms of being receptive to suggestion) and are able to hear and remember every word the hypnotherapist says. Perhaps it's helpful to say that, like many other phenomena in the world, we experience hypnosis in our own, personal way; there is no right or wrong, good or bad--our way is just our way!

Interestingly, many hypnosis experts believe that children are in hypnosis most of the time! Because children play "make believe" so much of their day, they are in a nearly constant state of "suspended disbelief", which, in effect, is what we do in hypnosis! This may also be why children are so able to be influenced by their environment! What is around them day in and day out is being fed to their subconscious minds as they "pretend", thus explaining why childhood-acquired beliefs, philosophies, attitudes and perceptions are so deeply embedded and often so hard to dispel! There is much food for thought, research and intervention here!

Some of the earliest observations about, and research on hypnosis involved animals! Behavior exhibited by animals under certain conditions (such as extreme danger, during the hunt etc) led researchers to believe that hypnosis may be a very basic, primitive survival technique utilized by humans and lower animals in times of need. So, even "Fluffy and Fido" go in and out of trance periodically throughout their day!

Ask a question not found here!

Gaye will respond to you directly and may even add the information to this page.